This is a quick meal to put together after work. It’s full of flavor, filling, and gluten-free.

1/2 of a medium green pepper 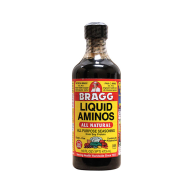 *Tip-If you have time, marinate the turkey in the liquid aminos and apple cider vinegar for at least two to six hours.

Brown turkey cutlets and season with sea salt, pepper, Adobo seasoning and Mrs. Dash. Remove the cutlets from the pan and let them rest.

Cook the vegetables and season them with basil, parsley, and pepper. I sliced my turkey cutlets horizontally like a tenderloin, but you can also cut them into cubes. Put the turkey in with the sautéed veggies and now add the chicken broth, apple cider vinegar, liquid aminos, and Worcestershire sauce. Turn the heat on low for ten minutes, and then turn the heat on high to burn off some of the liquid, allowing the seasonings to coat the meat.

I spoon the Adobo turkey and veggies over brown rice and devour the meal. It’s sooooooo good.

This site uses Akismet to reduce spam. Learn how your comment data is processed.